Not worth to risk

Replacement of the self-adjusting clutch without the use of special tools may cause damage to the clutch. It is better not risk it. 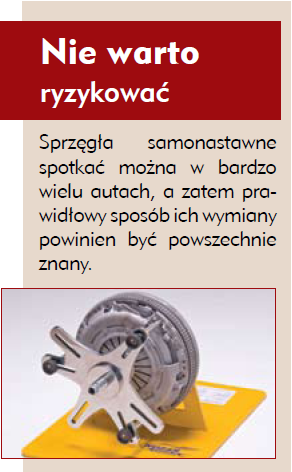 Self-adjusting clutches are produced on a large scale for many years now. Due to many advantages, they quickly won the hearts of car manufacturers, so today we can them in a wide range of vehicles. Their replacement, if only due to natural wear, is one of more common services provided by auto repair workshops. It would seem, therefore, that the proper, recommended by the manufacturers’ procedures should be widely known. Meanwhile, in many cases, the applied method is inappropriate, risking damage to the clutch. Unlike regular clutches with disc springs, self-aligning clutches (whether XTend by Sachs, or SAC by LuK) require that during mounting (as well as dismounting, if the clutch is to be replaced) a special instrument is used to press clutch housing to the flywheel by putting pressure on the edge of the disc spring hole.

The reasons for such a requirement were described in detail in “Świat Motoryzacji” magazine, issue 10/2009. We also explained why we may damage the clutch when the instrument is not used, even with the most careful and uniformly tightening of clamping screws to the flywheel. Then how do we explain the fact that the clear recommendations of the manufacturers are still ignored?

Probably (as usual) the most common reason is ill-conceived cost saving. Since it was possible to make a few successful replacements without the instrument for tensioning the disc spring, when what buy it? – think some mechanics and owners of car workshops. However, once a clutch gets damaged during assembly, they will wish they had invested in the instrument in advance. Another problem is that the design of the clutch is changing, so with time, even a seemingly universal instrument can no longer support all clutches. This problem apparently occurred years ago when clutches mounted on eight screws have joined the ones mounted on six screws. Workshops which had already bought a tensioner with 3 radial holes designed for clutches with 6 screws, had to purchase a second one, with 4 holes. Who had not had any tensioner yet could rejoice in the fact that instruments with two discs were soon introduced. However, they were more expensive, as the costs of their production had inevitably increased.

Another problem (still present today) is associated with the fact that parts of the drive system not standardized. So car manufacturers are free to set the diameter of the end of the clutch shaft and the outside diameter of the spline coupling the shaft with the hub of the clutch disc, so as to best meet their needs. That is why toolkits with a tensioner include a growing number of rollers and centering sleeves and still, sometimes it is impossible to find a match for a specific model of a car. The only solution is to construct missing parts, which significantly increases the execution time of the repair. This is why an instrument for mounting self-aligning clutches, presented during the last Inter Cars fair by the manufacturer of well-known Huzar wrench (designed for steering rods), spurs so much interest. The tensioner called Dragon has, in fact, only one disc, however, thanks to its cleverly designed shape, can be used for both types of clutches (with 6 and 8 screws). Due to modern production technologies the production cost is only slightly higher than discs with 3 or 4 holes, so it can be expected that this will affect the final price of the instrument. This price should be the more attractive as the tool also offers a smart solution to the problem of disc alignment. For this purpose, all repair workshops use square 0.25 and 0.5 inch sockets (for socket wrenches), which, according to the manufacturer of the instrument, guarantee the appropriate centering accuracy, and exist in such a variety that it is almost impossible not to find a match for each car. At the same time, if any is lost it can be easily (and cheaply) bought in any hardware store. 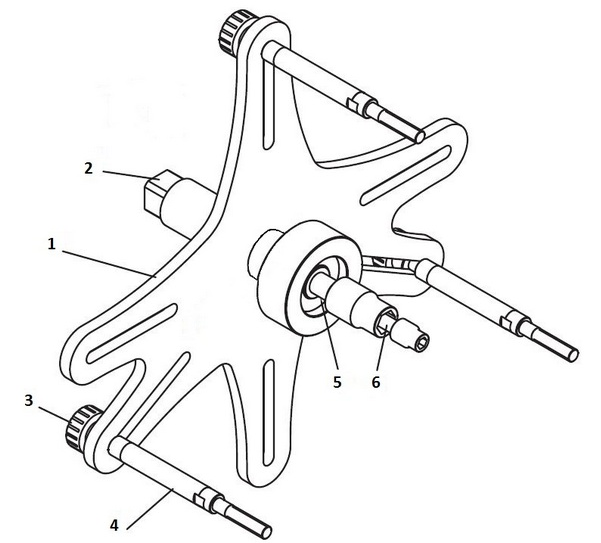 The article was published in “Świat Motoryzacji” magazine; link to file: not-worth-to-risk.pdf